The Weirdest Duck of Them All

For anyone who has a bucket list of world class archaeological sites they would like to visit, we suggest putting Kauai’s Makauhawi Cave Reserve, Hawaii’s largest limestone cave, one of the richest fossil sites on the islands and a uniquely preservedÂ archaeologicalÂ site–on the top of your list.

This integrated site reveals 10,000 years of strata containing fossil remains of plants and animals and spans prehistory to post colonization.Â Â As the website says, “It’s a living museum dedicated not just to the past but also to experiments in native species conservation”.

The reserve, located on Grove Farm Co. lands,Â a Kauai company owned by former AOL/Time Warner Chief, Steve Case, is managedÂ byÂ Lida Pigott Burney and Dr. David BurneyÂ with the help of volunteers and contributors from around the globe. For an overview of progressive work on the site and mapsÂ see this pdf— supported by National Tropical Botanical Garden, Grove Farm and National Geographic.

The excavation provides a view of Â the evolution of Hawaii’s forest environments.Pollen and seeds found in the pre-human layers reveal that many plants that are now rare, or only known from isolated or upland areas, were once part of a complex coastal forest. These finds led Burney to the theory that today’s dominant native forest trees like ‘ohi’a, hala and koa were once comparatively small parts of the forest ecosystem. Once the ecosystem was disturbed by human contact, these survivors were able to gain greater density as other plants disappeared.

“Probably the key difference between pre-human times and now is that the early forests were much more diverse”, Â Burney stated in a 2005 Honolulu Advertiser article. Â The complex coastal forest of the region has been intricately described from seed and pollen remains. Two species of plants â€” kou and hala â€” that were once believed to be Polynesian introductions have been proven to predate human arrival.

One of the most intriguing discoveries at the site is described on Dr. Burney’s blog, the Weirdest Duck of Them All.

The Key Note Speaker will be Charles Michler, Director of the Tropical Hardwood Tree Improvement and Regeneration Center.

The Hawai’iÂ Forest Industry Association, a non-profit corporation, was established in 1989 and continues to actively promote awareness of responsible forest management. To find out more about the Koa Symposium and HFIAâ€™s many projects click here.

With over forty years ofÂ experienceÂ in forestry in India, Dr. Padmanabha, an expert on sandalwood cell biology, has worked as a senior scientist at the Â Institute of Wood Science and Technology in Bangalore, India,Â served as a Director of Karnataka Research Foundation and Advance Technology Transfer, Bangalore, and consulted to forestry companies and government agencies in Western Australia.

He has authored and co-authored books on sandalwood and published over 150 publications in journals both in India and Internationally. He was designated as Chief Technical Advisor for sandalwood projects with the World Bank Forestry Research Education and Extension ProjectÂ with the Indian Council of Forestry Research and Education. 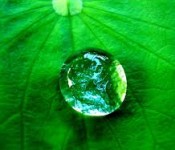 Kaua’i Forest Bird Recovery Project has a missionÂ to promote knowledge, appreciation, and conservation of Kaua’i’s forest birds, the organization has three primary facets: research, management, and outreach. Â Check it out…

They also have a Facebook page and, if you’re interested in what they’re doing, you can support them.

If you would like to find out more about the forests and forest industries of Hawaiâ€™i, here are a few sites and places to research, visit and discover–a growing listÂ  from Hawai’i Forest Tracks.

To get a broad view of the on-going bird extinction crisis–and targeted conservation work on this situation, see ABC’s Endangered Hawai’i, a 30 minute film narrated by Richard Chamberlain, produced by the American Bird Conservancy, and funded by the National Fish and Wildlife Foundation.